To those who think they have seen it all...


Found this post in a draft pile; I think I was hesitant to publish it because there were a lot of emotions attached to it. Now, with some perspective, I am happy to share.

To those who think they have seen it all:

You know who I mean, the teaching professionals that have been in the game "forever" and always know just what is "best". Now I realize I sound like a rebellious teenager ranting about his parents but bear with me, because I am going somewhere noble with this. 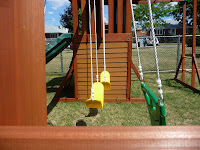 A brilliant professor once said "just because you can talk the talk, does not mean you can walk the walk".

I can't help but think that when they (the people who know it all) talk, they are speaking the right language, but the words are all mixed up. They use words like reinforcement, negative and positive behaviors and re-direction and they think they have a grasp on a very complex field of study; they make judgments based on what will and won't work without acknowledging functions of behavior, or environmental variables to say the least. Worse yet, they Google "Autism" to find suitable courses of action....as if suddenly by a stroke of genius, the answer should appear on a pop-up ad...when that doesn't happen, then what?

Now believe me I know, behaviorism as a field is fairly new; too new for it to be a topic of study when these so-called "seen it all" degrees were sought, but don't you think you owe it to your profession to get up to date? A successful professional is constantly seeking self-development; the day that a professional says "I have seen it all" is the day that professional should retire (that kind of attitude is totally out of date). 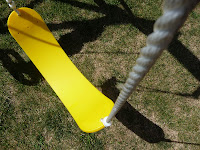 I know that behaviourism, or it's application of ABA, is a fairly new and eclectic teaching style, and I expected to face this kind of attitude...it is an uphill climb to widespread acceptance. Resisting the ABA methodology because it is new and the effects are often long-term rather than immediate, is something I can begrudgingly accept, but resisting the inclusion of a child because he can't possibly be getting anything from the way he interacts with the world, is outrageous. It is not that this child's needs cannot be met, it is that you are not capable of assessing his abilities, needs or progress. Be wise enough to admit when something it out of your range of professional expertise, no matter how much you "know" you can't "know it all". 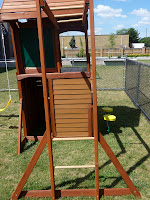 The hardest for me is when professionals ask questions like, why won't he interact with others? Why won't she join the group or sing along? Why won't she take part in play? It is almost like they cannot fathom how they could support a child unconditionally, given his differences. There is no way to convey my teaching philosophies in one blog, but if there was, it would start with the words UNCONDITIONAL ACCEPTANCE (upon which there can be no stipulations or fine print).
Posted by Magnificent Minds at 14:18