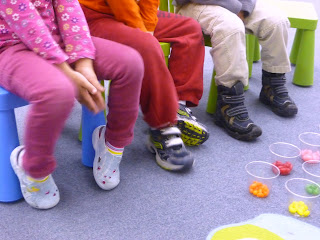 I apologize for being MIA; things have been busy...valentines, our 100th day of school (see pic above, counting 100 jelly beans), my birthday, planning for summer camp, and all the regular stuff too. Hopefully (fingers crossed) we will have some exciting news to announce shortly about programs to come in the next few months...that is all I can say for now!


Now where was I.....Right...I am always thinking of ways to simplify the behavioural jargon into read-able teacher and parent-friendly materials and then passing this along in attempts to infiltrate the teaching system...LOL What are Sunday's for right?! So,  I took these notes as I was watching the 2 videos provided by CARD and I thought I would post them for your viewing pleasure; find them here. Hope the notes are helpful for figuring a somewhat complicated history, and evolution of an incredible science. I think it goes without saying that I did not make any of this stuff up, it all came from a great video linked above and paraphrased below!


The History of Behaviour Therapy/ABA


Thorndike introduces a revolutionary idea...consequence of behaviour matters (study conducted on cats); it is established that consequence increases or decreases behaviour. Thorndike calls it the Law of Effect. And it begin...


Watson-Pavlovian introduces...stimulus response. He says, no b.s. explanations about what we think; treat human behaviour like science. Make observations, take data, do math. Only study what we can measure.


Skinner introduces... digestive behaviour of rats; therefore, consequence matters...again, and still. Skinner came up with a lever-press system which released pellets of rat food to try and discover order in the world...But, the level jammed during the experiment..darn. He looked at the data (I assume electronically recorded somehow), and he sees a trend...when the lever was jammed the rats eventually stopped pressing the lever (he noted an extinction burst, and then gradual decrease). This applies to all species.


Skinner goes on trying to explain the "Behaviour of Organisms" (written in the 30's) to extract the information and apply it to other things; he writes books, and becomes super famous for his work. He decides to use the theories, to "make the world a better place" (quoted from movie) which became the foundation of ABA, which we now call making "meaningful change in the world" quoted from every teacher I have ever had.


ABA started, "application wise", on severe cases of individuals that society was "unable to impact"; demonstrated again, consequence impacts behavior so apply these principles to the behavior of the patients. First lesson,  nurses not to pay attention to the psychotic speech of the in-patients...what happened? The behaviour decreased. Again.


In the 60's, it was confirmed again in application with kids with what we know call Autism Spectrum Disorder, that is--consequence still matters. This is revolutionary because it means the "problem" might be in the environment, not in the child's mind, emotional make up, or otherwise internal event. It was called the experimental analysis of behaviour back then. Lovaas came along and decided that kids were learning whenever they were awake; he then produced one of the only, and first, people to demonstrate an "overall" outcome for individuals with outcome. Game changer.


What we know now...
Problem behaviour is a learned behaviour that can be as easily unlearned, as learned.
Posted by Magnificent Minds at 06:12